ESB article: Growth is possible with the new data economy

A new type of economy is emerging, in which data and the ability to analyze it form the basis of economic success and political power. This new economy requires the development of an institutional framework in which the property rights of data are clearly defined.

We are moving towards an economy and a society in which information – data – is becoming the most important factor of production and the central source of power and authority.

This new economy raises a lot of questions and challenges for us as economists.

As economists, we are not always happy when it comes to understanding the ‘new economy’ that surrounds us. This began with Adam Smith and Thomas Malthus, who, just as the Industrial Revolution took place, focused on the stationary state that the limited arable land available would impose on the economy. In the 1990s, the emergence of the internet-economy triggered us to develop theories about the ‘new economy’. These theories suggested among other things, that the ‘network effects’ that characterized this economy made it possible to prevent the economy from no longer suffering new crises – predictions that were first outdated by the facts in 2001 and then even more dramatically in 2008. 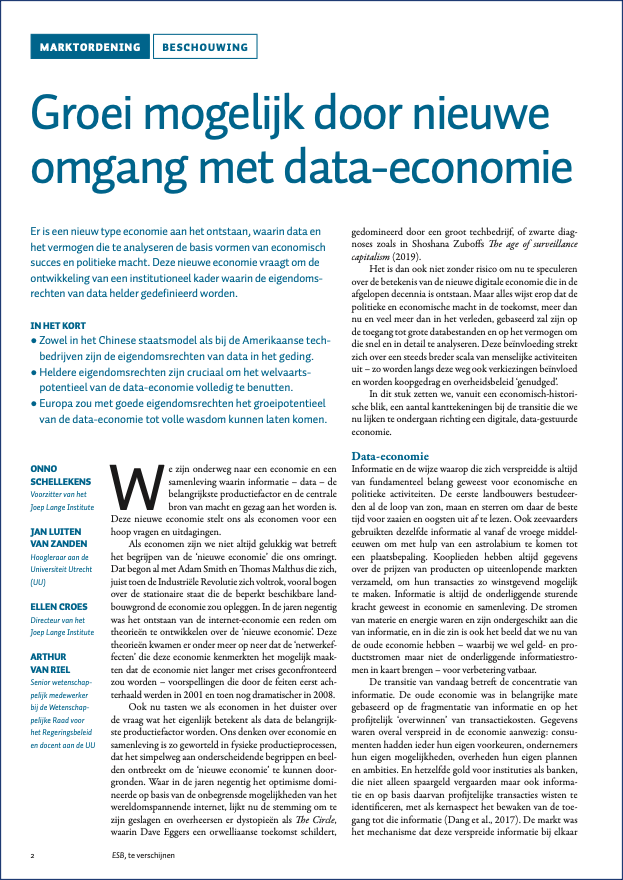