From a distance, a healthcare system seems an abstract concept. But if you zoom in, you’ll see that much of it runs on human interactions. So if we want to build a more inclusive healthcare system, we must first understand why people do what they do and how we can get them to make better decisions.

We live in an age where effective drugs have already been developed for a very large proportion of the world’s disease burden. Yet the disease burden persists, and in some cases is even gaining ground. Of course, there are many reasons why this is, but one of them is behavior.

For drugs to work, people have to actually take them.

Traditional economic thinking is built on the assumption that humans are rational agents with well-defined and thought-out preferences. Behavioral economists challenge this view, asserting that human decision-making is way more complex than such simplified models allow. They suggest that in fact our behavior tends to be everything but rational, that our preferences are often impulsive, that we lack self-control and that we’re often driven by social desires. So basically, that we’re human.

This has consequences for all of us as individuals, but also on a macro-level where behavior influences policies, markets and health outcomes. While behavioral science can’t overcome every shortcoming of traditional economics, it at least makes us aware they exist and provides a more realistic picture of the factors that shape decisions.

Behavioral economics combines insights from fields like psychology, economics and neuroscience, leading to a multidisciplinary approach that provides a far broader range of analytical and experimental tools. It is much more than the sum of its parts. The aim is not only to generate a more accurate understanding of human behavior, but also to be able to predict behavior and ultimately change it. Much to the relief of model-designing economists, studies in behavioral economics by among others Dan Ariely conclude that humans are indeed irrational, but predictably irrational.

In healthcare, too, the system is built on the assumption that humans make rational decisions. A redesign that takes irrationality into account can help reduce costs, increase access to care and improve health outcomes. Because effective healthcare is not just about understanding medicine.

Knowledge is not enough

If you’re like most people, you probably brush your teeth at least once a day. You’re fully aware that it’s the sensible thing to do and that if you don’t, you’ll eventually be in for some long and painful sessions at the dentist’s office. But is that why you’re so diligent about it? Probably not. Most people are actually more motivated by socially-driven or short-term issues like bad breath or discoloring, not whether they will still have all their teeth in twenty years’ time. And we have made it easy for ourselves – chances are your toothbrush is placed strategically on the bathroom sink where you can’t miss it. Often, small details like that make all the difference, and behavioral scientists embrace the reality that humans might end up doing the right behavior though not necessarily for the right reasons.

Funnily enough, many people are significantly less diligent when it comes to actual life-saving behaviors like adhering to their doctor’s drug and lifestyle recommendations.

“We know what is the right thing to do, but still we don’t do it.” – Dan Ariely

They know that it’s important, but find it hard to follow through. Human motivation is incredibly complex. We have all the information on the detrimental effects of eating too much, not exercising enough, or not taking our medication as prescribed. But information alone rarely succeeds in changing behavior.

And if there’s clearly no point in trying to change the human, success must lie in changing the design of the environment where choices take place, also known as the choice architecture. A well-known example is the design of default options. Making the most beneficial choice the default has a profound effect on the outcome, as has been displayed when it comes to organ donations or retirement savings. 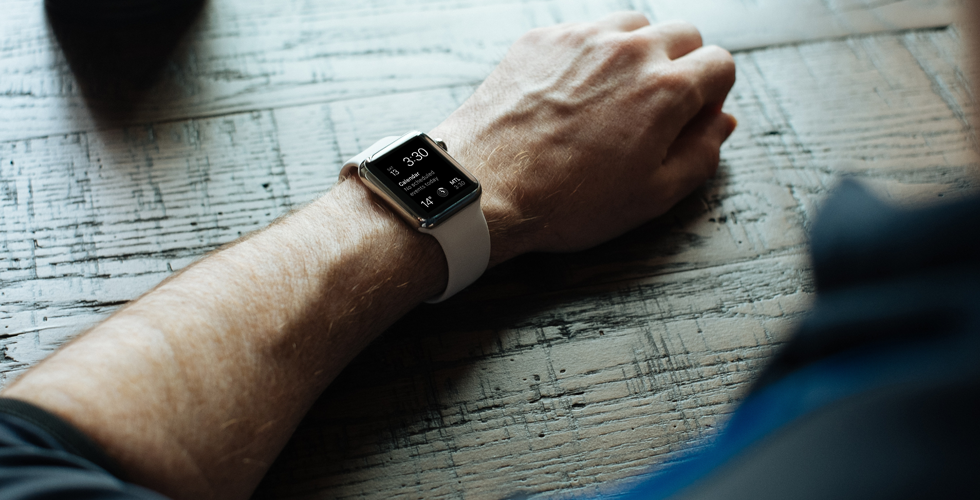 The good, the bad and the paternalistic

Behavioral economics is a powerful tool that can also be used in ways that benefit corporate shareholders rather than the common good. We all know that companies like Facebook and Google analyze our behavior in order to capitalize on it. Uber, for example, was blasted for experimenting with video game techniques and other ways to influence drivers’ behavior so that they would work longer and harder, at hours and locations that were actually less lucrative for them.

While the technologies available to us today provide unprecedented opportunities for financial and health-related inclusion, the current infrastructure is geared toward profit. The temptation industry is getting stronger and stronger, accelerated by the growing ubiquity of digital technology. Payment structures used by companies like Uber, iTunes or Apple Pay are designed to minimize the ‘pain of paying’ and thus to stimulate consumption. Why aren’t we using technology to influence people to behave in ways that benefit them in the long run, such as saving and investing money in things like education and healthcare?  Here lies a huge opportunity.

“Most digital technology is tempting people to spend more rather than think better and save more.” – Dan Ariely

Just like the toothbrush on your bathroom sink, technology has become so embedded in our daily lives that it’s an ideal vehicle for lowering barriers to good behavior. We keep our friends close, but our mobile phones closer. And the good news is, our phone doesn’t have to be an enemy. It can be used to help us make better decisions.

The potential positive net effect of applying behavioral science to the field of health vastly outweighs the risks. Minimally invasive policies can nudge people towards beneficial changes in their behavior. As long as the nudges are transparent, easily opted out of and geared towards improving the welfare of the people they’re directed at, such so-called libertarian paternalism can only do more good than harm.

Another insight from behavioral economics concerns mental bandwidth. This bandwidth is a finite resource. If you’re using that headspace to focus on one thing, you can’t use it for something else. So if you need that space to resist temptation or weigh different options, your cognitive functions and resilience will become depleted – leading to suboptimal decisions.

Poverty is one of the main predictors for behavior that is not in your best interest. Research has shown that there is a direct link between the two. Conditions of scarcity, for example scarcity of money, produce a particular type of psychology, and a corresponding type of behavior.

Basically, scarcity leads to tunnel vision. Guess what the poor have on their mind? Money. That myopic focus leaves little space for other things, and leads to poor decisions. And if you’re poor, the choices you’re likely to be juggling are disproportionately difficult. If you pay your insurance premium, there won’t be enough money left for rent. Or if you buy those medicines at the pharmacy, you won’t be able to put food on the table for your family that evening. With all that bandwidth tied up in just trying to make it from one day to the next, your ability to resist impulses, solve problems or focus on long-term goals diminishes significantly.

“Saving for the future is difficult for everybody, not just the poor. But for the poor, it’s disproportionately difficult.” – Dan Ariely

Targeted interventions that provide some slack, like unconditional cash transfers or a small emergency loan, could have huge effects. Because most mistakes and bad decisions are made precisely in periods of high stress and scarcity. Digital technology like M-TIBA offers opportunities to flag when such periods occur, reach the person directly through their mobile health wallet and help them free up some mental bandwidth.

In many ways, the health system isn’t designed for the realities of the modern world, and even less so for countries in sub-Saharan Africa. Take health insurance: insurance premiums are usually due before a certain date every month. This approach is what’s most convenient for the insurance company rather than for the enrollee, as it makes life easier from an administrative perspective.

Also, it seems built on the assumption that the enrollee is earning a monthly paycheck. But in reality, many poor people scrape by on a day-to-day basis. There are ways to redesign this process to make it more inclusive. The M-TIBA digital health platform, for example, allows people to save tiny amounts at their own convenience in a mobile health wallet they can operate on their own phone. Once in the wallet, funds can only be spent on healthcare.

In that sense, M-TIBA makes use of the mental accounting principle. ‘Once you have separated your money and allocated it for a certain purpose, you don’t feel the same pain of paying,’ Dan Ariely explains. As such, the health wallet can take away another barrier to access.

Over the years, behavioral economics has developed from ‘a somewhat controversial, fringe field into a mainstream area of contemporary research.’

What makes it especially relevant is that it goes beyond abstract models of a rational economy that never existed, doesn’t exist now and never will exist in practice. More and more, it is crossing over from academia into real-world board rooms, government committees and multinational institutions like the World Bank.

In 2010, the British government set up the Behavioural Insights Team, colloquially referred to as the ‘Nudge Unit,’ which aims to develop policies that help citizens make better choices. After Harvard professor Cass Sunstein joined the Obama Administration in 2009, the nudge approach gathered a growing following within the American government as well. This led to the creation of the Social and Behavioral Science Team, which aimed to integrate behavioral science research into policy making. In 2015, Obama even signed an executive order for ‘using behavioral science insights to better serve the American people.’

At the same time, such large-scale integration has yet to happen in sub-Saharan Africa, where the need is arguably highest. The Joep Lange Institute supports implementation research in Kenya, where a team of behavioral economists from Dan Ariely’s Center for Advanced Hindsight are working to help make the M-TIBA health wallet more effective by discovering ways to encourage users to set funds aside for healthcare. The more evidence we can build on approaches that work, the closer we will get to driving change on a policy level.

It’s time to pivot the conversation

People, especially the poor, are already swimming upstream and struggling to keep their heads above water. Using insights from behavioral science, we can design systems in such a way that they not only help people stay afloat, but propel them in the right direction. These kinds of interventions are relatively cheap and easy to implement, which makes their implementation even more relevant for resource-poor settings like sub-Saharan Africa.

Of course, this is just one small piece of the system change puzzle. Without more equitable financing, effective delivery and most importantly political will, inclusive healthcare will remain out of reach. But as the global health community continues to work on all these elements, behavioral science is one of the tools to help pivot the conversation towards an approach that’s people-centered, actionable and effective.