Anchoring to help people save for health

“In the future we are all wonderful people”, says behavioral economist Dan Ariely in his lecture on selfcontrol. We all have good intentions in how we want to better our lives. Unfortunately, we often fail to turn this intention into actual behavior.
Joep Lange Institute 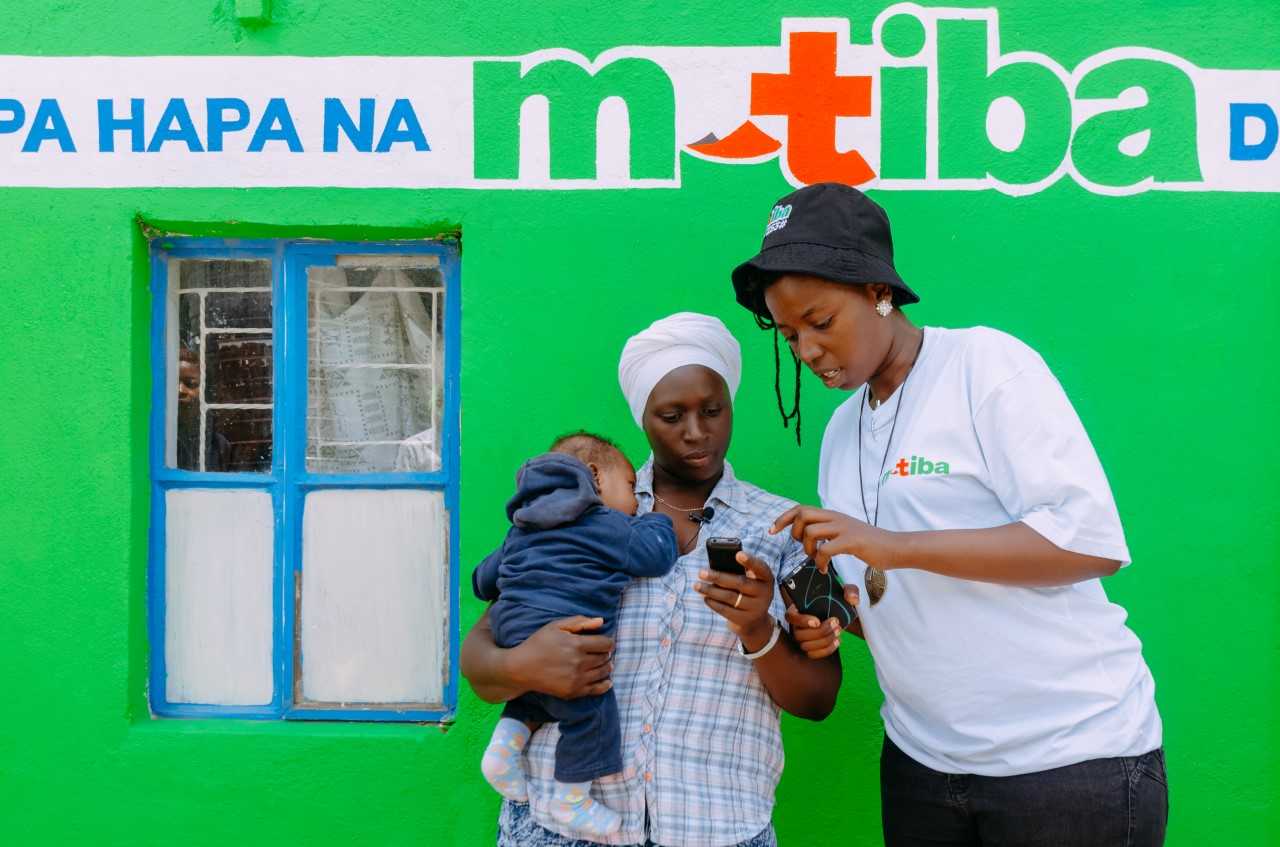 “In the future we are all wonderful people”, says behavioral economist Dan Ariely in his lecture on selfcontrol. We all have good intentions in how we want to better our lives: to live healthier, get more sleep, or manage our finances more effectively. Unfortunately, we often fail to turn this intention into actual behavior. The most recognizable example is probably the New Year’s Resolution. We often resolve to exercise more, so in the beginning of January the gyms are packed, but by the end of January you have the place to yourself.

Even though some people do have the discipline in general to meet these goals, most of us face the frustrating phenomenon that behavioral economists label the intention–behavior gap. It has to do with cognitive biases and constraints, such as forgetfulness and lack of self-control, that result in predictably irrational behavior. Humans tend to be myopic and have the tendency to give more priority to the present than their future goals. As a result, we tend to do whatever is easier and more pleasant to do now, instead of whatever gives us the most long-term benefits – think about how often you regret having procrastinated attending to the important matters. “The current future is extremely powerful,” says Ariely. In his lecture, he calls it the Adam & Eve problem: Would you sacrifice eternity in the Garden of Eden for an apple?

Behavioral economists can list numerous reasons why we constantly make the irrational decision to go for the ‘apple’. For instance, the concept of friction cost states that seemingly small barriers can deter us from taking better actions that may be more beneficial in the long run. The good news is that the same psychological biases can be leveraged to help one act more in line with their intentions as well. In this first article, we focus on the concept of anchoring. Behavioral economics describe anchoring as a particular form of priming effect whereby initial exposure to a number serves as a reference point and influences subsequent judgments about value.

The Center for Advanced Hindsight has developed a card game that helps people understand their behavior better. In this series of articles we will use this card game to explain the implementation research that Dan Ariely and his team at the Center for Advanced Hindsight (CAH), are conducting in Kenya for the Joep Lange Institute. His team is working to help make the M-TIBA health wallet more effective by discovering ways to encourage users to set funds aside for healthcare. Mobile technology offers huge opportunities to positively influence people’s behavior. “Now with the cell phone, we have an easy way in people’s lives and with those easy ways, we are managing to get people to at least start behaving in a way that takes their long term into account even in the short term, ” explains Dan Ariely in a vlog he recorded for the Joep Lange Institute.

Anchoring savings for health
It is not hard to imagine the difficulty of forming a habit to save for health. “When we think about irrationality, two of the largest problems have to do with how we manage our financial situation and how we manage our health. And it is not just a problem of the poor. All of us have challenges,” says Ariely in the vlog.

For this reason, many countries have created mechanisms that force people to take care of their future health. Think of mandatory health insurance. What methods can be explored if these mechanisms are not available, especially for people in a situation of scarcity? The M-TIBA health wallet is a solution to self-control: by locking money you have a way to control yourself, and avoid spending that money.

That said, given that the average user on the M-TIBA platform generally does not have a lot of money available and that healthcare is typically costly, they may feel that the task of saving for health is impossible, and give up before they even start.

To avoid this, the team of the Center of Advanced Hindsight introduced the principle of anchoring. They tested different types of text messages to optimize the willingness to save-for-health. They made a guessing game out of this, where people could guess which message would be most effective. You can make a guess yourself by clicking this link. They later published an article about the results and how these can be explained.  We can apply this to one of the cards used in the card game designed by the CAH. Let’s see if you can answer this question right. 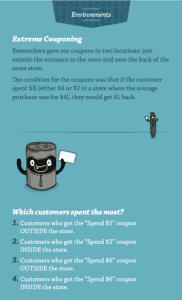 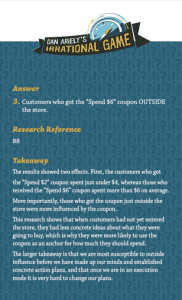 As the card indicates, we have the tendency to be biased by anchors in the environment and the timing of these anchors in the way we spend our money. ‘The first fact, number, or figure a person hears will bias their judgements and decisions down the line’ explains Center for Advanced Hindsight in the game. Such cues in the environment in which people take decisions matter.

Anchoring is a method used by the big tech companies as well. Take for instance Booking.com. By showing discount deals, they use the same principles in getting customers to spend more on accommodation than perhaps originally intended. Visitors anchor this first available piece of information, in this case the full price accommodation, given to them when making decisions. The customer tends to decide on amounts skewed toward the anchor value. Optimizing the anchor value through A/B testing – not too low, not too high – triggers the consumer in spending more. A/B- testing is the act of running a simultaneous experiment between two or more screens to see which performs or converts the best.

The mobile revolution in Kenya allows for the first time to use the same principles and technology to influence people to behave in ways that benefit them in the long run, such as saving and investing money in education and healthcare.

“A/B testing” for M-TIBA
Since the launch of the M-TIBA platform, users have benefited from a bonus scheme: for every Ksh 100 (±Euro 0.80) saved in a month, M-TIBA tops up with Ksh 50 (±Euro 0.40). Now, while this sounds intuitively like a good deal and largely feasible for the majority of the users, the team investigated whether this Ksh 100 may serve as an anchor that is too strong and too high, giving the impression that Ksh 100 is the only desired amount.

After multiple behavioral testing – very similar to A/B testing – of high and low anchors, it turned out that mentioning a low anchor of Ksh 10 increased the numbers of savers with 50%, meaning it gave more users the impression that they too can save, while it did not affect total savings amounts on the platform. In other words, ‘remember to save as little as 10/-‘ got more users to start the habit of saving for health. Asking people to save Ksh 10 rather than Ksh 100 removed an important barrier for people to save for healthcare, whilst keeping the savings proposition, the M-TIBA bonus scheme, the same.

In the next months, the team will start testing smart SMS reminders that are adapted to each individual and the individual’s stage of change.

If you want to learn more about the concept of anchoring, follow this link.